Nina Korhonen´s exhibition is a story about her grandmother Anna who alone emigrated to the U.S.A 1959. She was 40 years old, had just lost her job, and it was bad times in Finland.

It was now time to make real the childhood dream of the ”Wonderland” America. More than 30 years later the photographer follows her grandmothers everyday-life during a period of seven years. The photographs are close to everyday-life, sensual and warm- with lot of humour. The exhibition is a tribute to an elderly woman who seeked for a different life and found it. Anna got 40 years in America before she died. The book Anna, Amerikan mummu won the prize ”The Best Photobook 2004” in Sweden.

Later in life Anna remembered with enthusiasm the decisive moment when her husband Kalle exclaimed ,” My darling love, now it is your turn to experience the world!”The journey to America had been Anna´s big dream since she was eight years old and promised to follow her aunt to the great ”Wonderland”. It wasn´t to be that time, but the dream had been planted in fertile soil, to awaken several decades later in full bloom when Anna was informed that she was too old to continue working in the textile factory. Anna was 40 years then and it was a bad time in Finland and impossible to find a new job.

Kalle for his part had travelled as the chief engineer to all the great ports of the world. The seafarer now thought that it was his turn to step ashore and stay at home. ”That I actually made it to America”, Anna was careful to say later, ”was a gift from Kalle”.

In spring 1959 Anna realised her life´s dream and alone, with a couple of hundred dollars and no special skills in the English language, she took the airplane to New York. It was a meaning that Kalle and their daughter Lilli would continue their lives together in the new country. It wasn´t to be. Lilli met the love of her life, Kauko, and wanted nothing more than to stay in Finland and raise a family.It happened, and then I happened and then Kalle happened to stay behind in Finland.

Anna got ajob as a cook in a wealthy American family in upper Manhattan and was taken in as a working member of the family. Anna loved New York and with her savings that had grown year by year she bought a three room apartment  by Sunset Park in Brooklyn. It was here in Finntown, Brooklyn Anna lived with other Finnish emigrants.

Anna flew to Tampere, Finland, every summer and Kalle flew to her in New York every winter. In between times, they wrote to each other and kept their love alive, for ”love has no borders” as Anna clearly declared to all curious family members.

On their adventurous trips through America´s different states, they travelled by Greyhound bus. Kalle eternalized the remarkable with his camera and Anna posed proudly in front of the monuments views in National park after National park.

When Kalle died in Finland 1985, Anna gave Nina his camera. A few years later when she found old color photographs from their trips, she decided to keep portraying Anna. In her own way. She visited Anna regularly for two, three weeks at a time and photographed her in her home and favorite places. Anna called Nina her back-scrubber and she listened Anna´s stories and learnt to know her ”Amerikan mummu”. Anna enjoyed, unconditionally, grand -daughters undivided attention and her taking of photographs.

In the spring 1993 Anna bought a house to over winter in, by the coast in Lake Worth.Florida.There she could  enjoy all year round warmth, far from the cold winds of New York, together with her friends.

Anna got 40 years in America. She died from cancer, 83 years old. For the last six years she had the beloved sunlight all year round. She travelled between her three homes. Spring and Autumn in New York, Summer in Finland and the Winter in Florida. It was exactly as she had dreamt it would be. 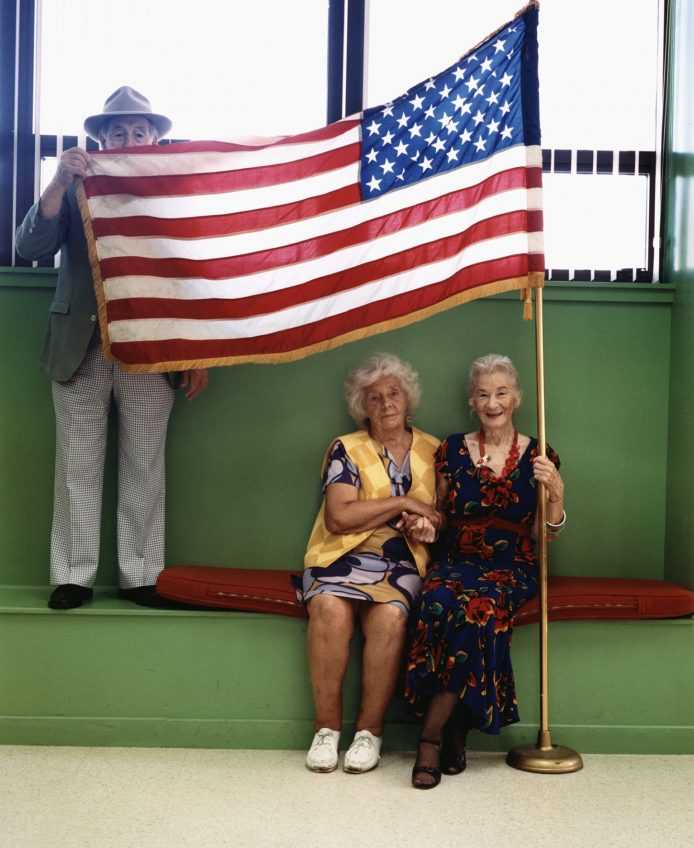 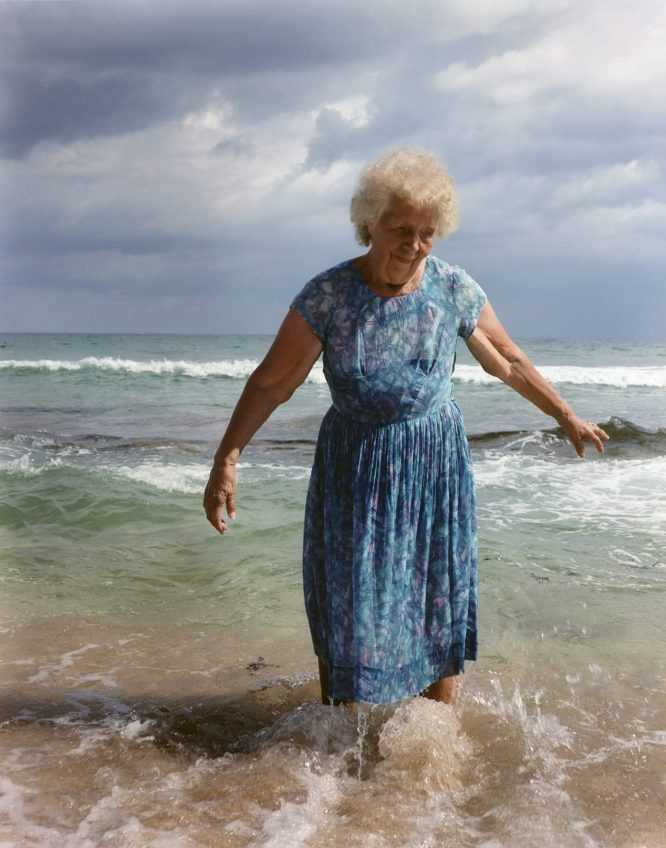 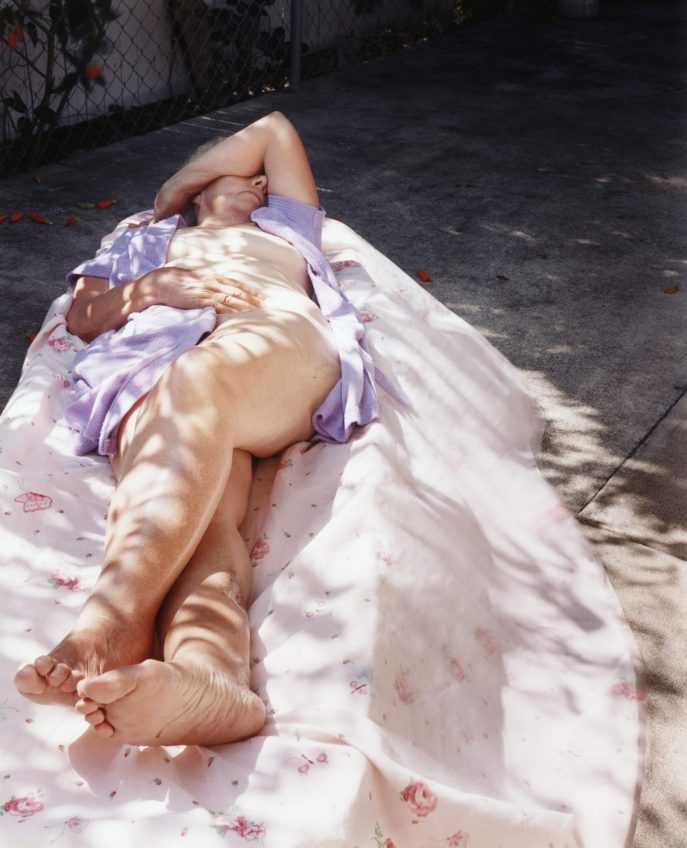 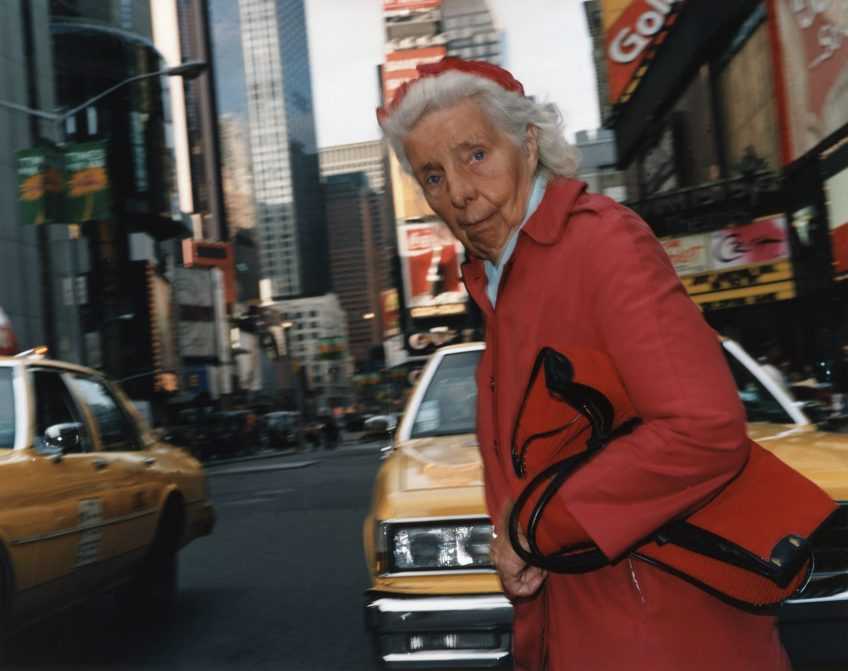 Nina Korhonen was born in Tampere, Finland 1961. Since 1981 she lives and works in Stockholm, Sweden.