Memories of the Present

The project consists of 34 photographic collages composed of pictures made in the late XIX – early XX century and contemporary photographs repeating the scale and perspective of the pre-Revolutionary shots. Among old photographs are world known views made through the windows of Karl Bulla's studio in the 1900s and the photograph of Admiralty embankment by Boissonas and Eggler studio.

Cabmen, women in large hats and men in prince Albert coats are now in the past but the shape of The Church of the Savior on Spilled Blood, perspective of the Nevsky prospect, outlines of the banks of Fontanka and Moika rivers remain unchanged. Memories of the Present is a reconstruction of memory that tells us of unbreakable continuity of times and their succession.

Images will be displayed simultaneously upon facades of Bolshoy Gostiny Dvor and in the halls of Dom Kino.

Organization: St. Petersburg Committee for Culture and St. Petersburg A-Ya Society, in collaboration with State Museum and Exhibition Centre ROSPHOTO and Institute of Material Culture History at the Russian Academy of Science 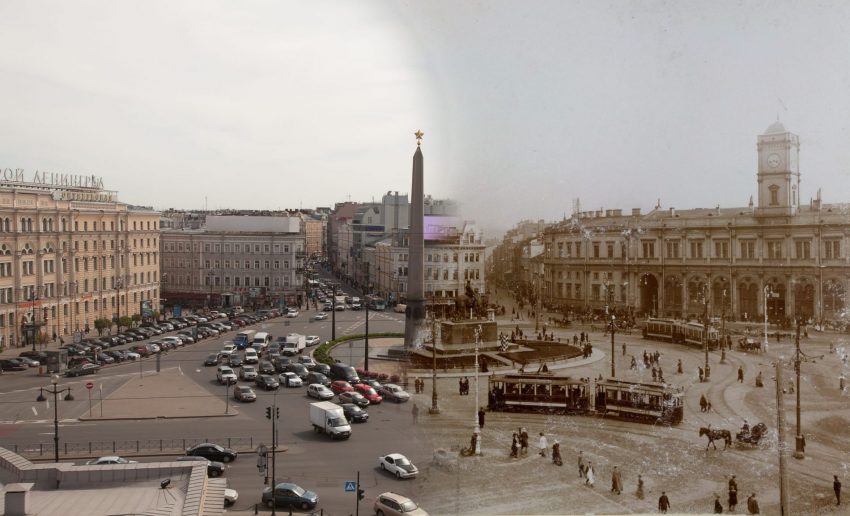 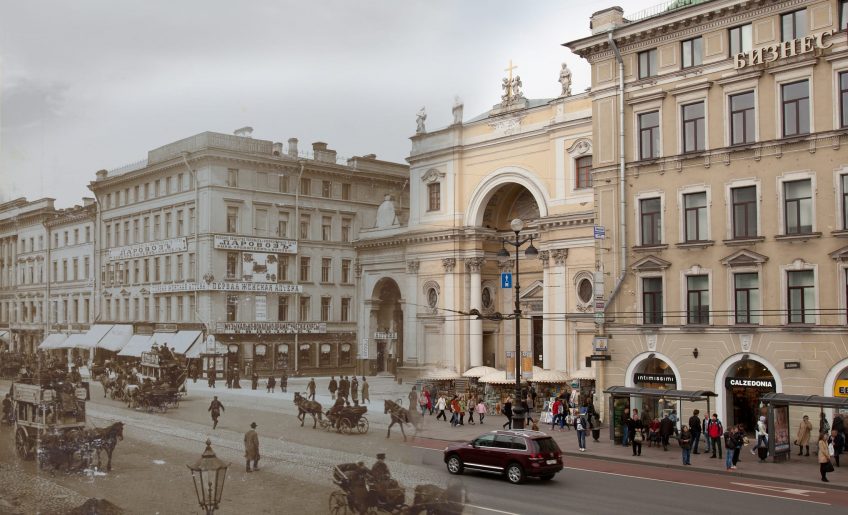 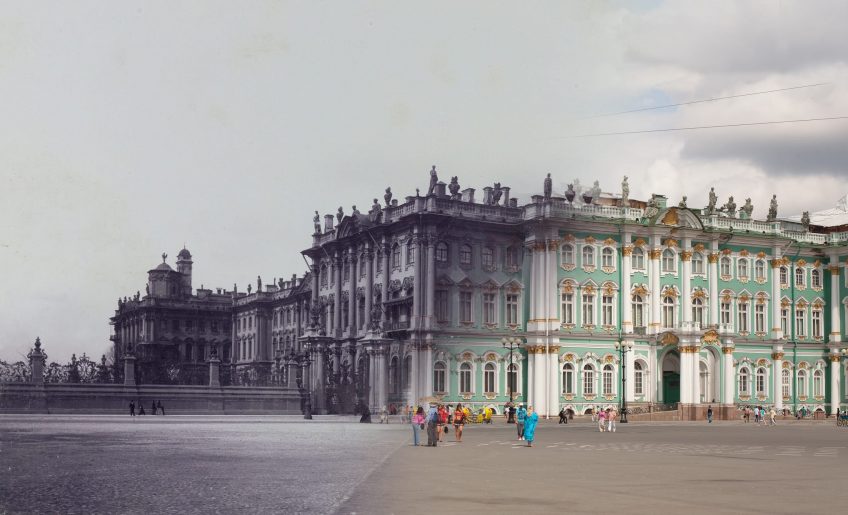 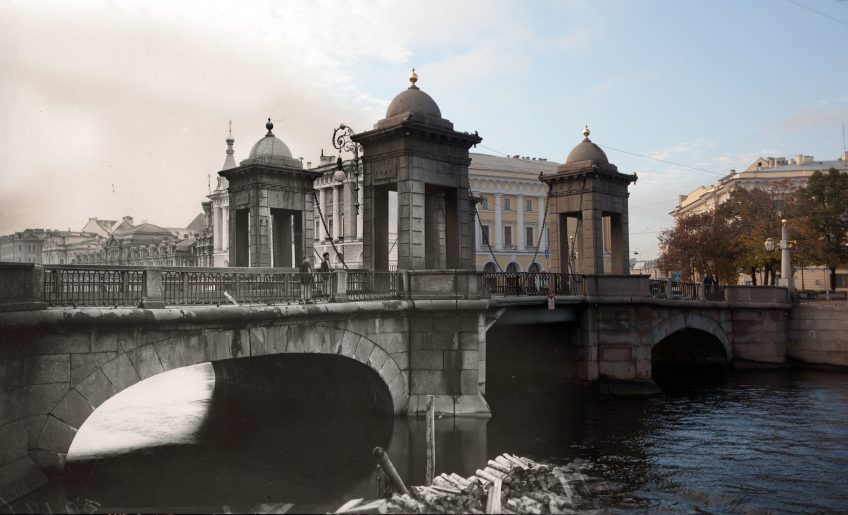 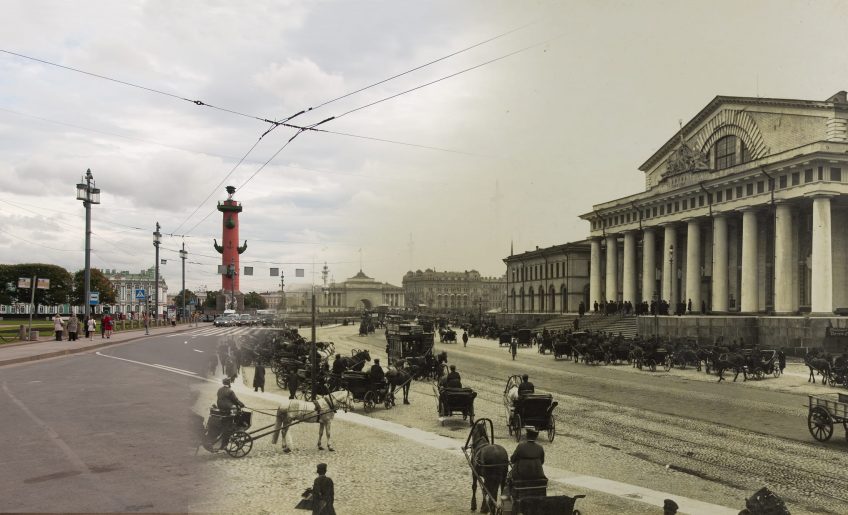