Photographs of the 1950-1870s from the Russian State collections

Photographs of the 1850–1870s from the collections of the Russian National Library, State Hermitage, Peter the Great Museum of Anthropology and Ethnography (Kunstkamera), St. Petersburg State Theatre Library, Library of the Russian Academy of Arts, Central Naval Museum.

With this monographic exhibition of William Carrick’s (1827–1878) work, ROSPHOTO continues the series of research projects entitled "Russian Photographers of the XIX Century". This series is to portray the most important moments of history of Russian photography and to present its unique examples in the collections of Russian museums and archives, as well as masterpieces of most outstanding early Russian photographers.

William Carrick was born in Edinburgh (Scotland), and when he was only one year old, his family moved to St. Petersburg. In 1853 he graduated from the Imperial Academy of Arts where he studied architecture, later lived in Rome (until 1856) studying watercolor techniques. It was then when he took up photography that was rapidly coming into fashion. He became very passionate about it, seeing it as an "art of future". Having returned to St. Petersburg, Carrick worked for a while as "assisting researcher" in the studio of photographer Ivan Gokh.

In 1857 Carrick traveled to Scotland with his family. While in Scotland, he studied the technique of photography and learned of its latest achievements.

In spring of 1859, William Carrick opened a studio in St. Petersburg, where he worked with his friend and companion, also a Scotchman, John MacGregor.

It was the series of photographs named "Pictures of Russian Life" that brought fame to William Carrick. Creative concept for this series was to make pictures of common people, whose destiny was the main concern of the progressive part of the Russian society in the 1860’s, that Carrick also belonged to. Carrick creates a collection of St. Petersburg "street types" emerging from earlier art tradition. The series comprises individual studio portraits of chambermaids, coachmen, grinders in the format of "carte-de-visite" and group street photographs in the “cabinet portrait” format.

Carrick was one of the first photographers to leave the studio and take up location shooting, capturing "scenes of people’s life" in St. Petersburg and its suburbs, in the province of Novgorod and in Finland. Pictures made by Carrick aren't just ethnographic documents, but rather expressive and elaborated pieces of art. In the 1870's he traveled several times to the provinces of Yaroslavl’, Kostroma, Kazan and Simbirsk, where he made about 700 ethnographic, landscape and portrait photographs in “cabinet portrait” format.

Furthermore, Carrick highly estimated photography as "preparatory artistic study" that could be used when creating a painting or could become a way of reproducing paintings. In 1880 the “Exhibition of photographs by Carrick made from paintings of the court artist, professor Mihaly Zichy” took place.

From 1876 he held the rank of photographer of the Imperial Academy of Arts and was full member of the Photography Department at the Imperial Russian Technical Society.

According to E. Barkhatova, researcher of Carrick's work, "the master's heritage, now forming part of numerous collections, becomes increasingly interesting. It becomes clear that innovative work of the Scotchman William Carrick, who devotedly enriched Russian culture, embraces many issues and problems relevant for that epoch".

The exhibition is accompanied by album catalogue containing research articles on W. Carrick’s life and work by E. Barkhatova, Ph.D. in Art History and head of the Prints Department at the Russian National Library; S. Stevenson, leading researcher of the Glasgow University; M. Weiss, curator of the Photography department at the Victoria and Albert Museum (London) as well as detailed description and illustrations of the photographs displayed at the exhibition. 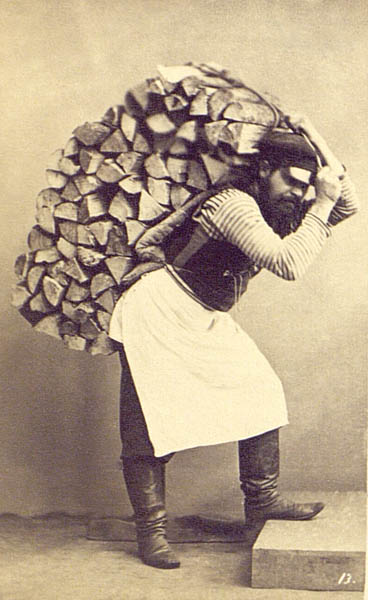 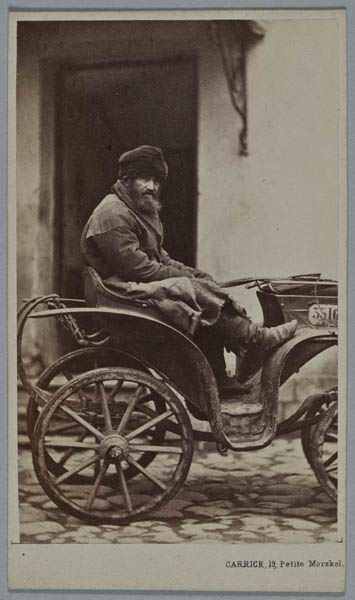 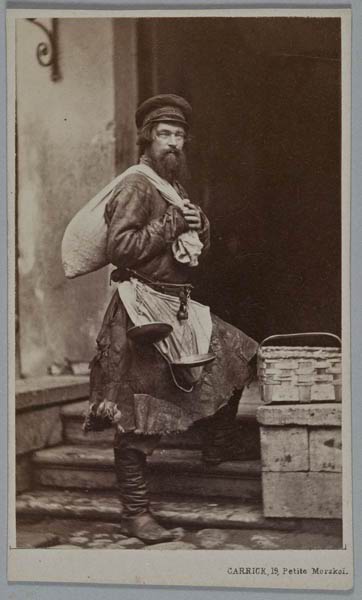 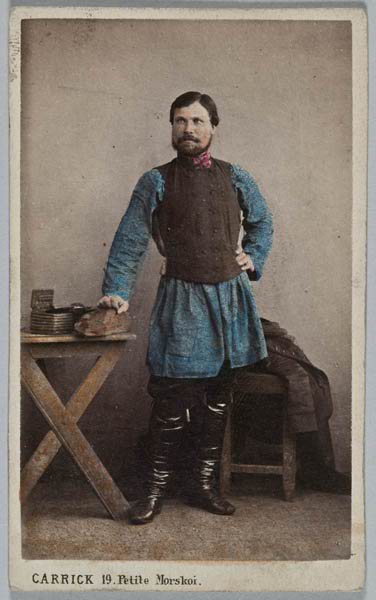 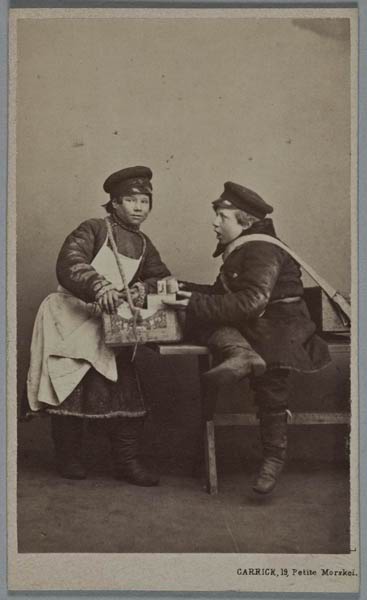 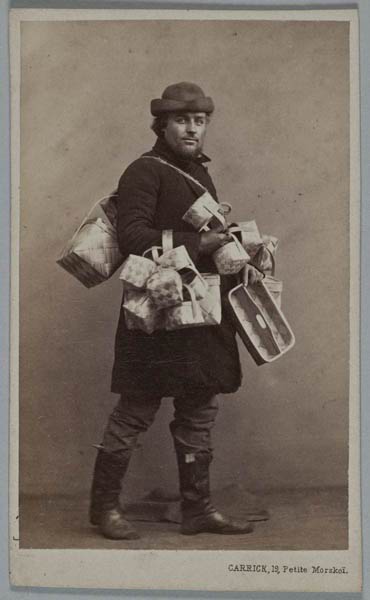 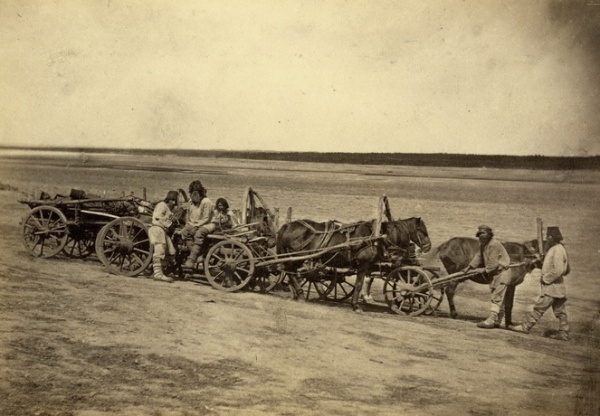 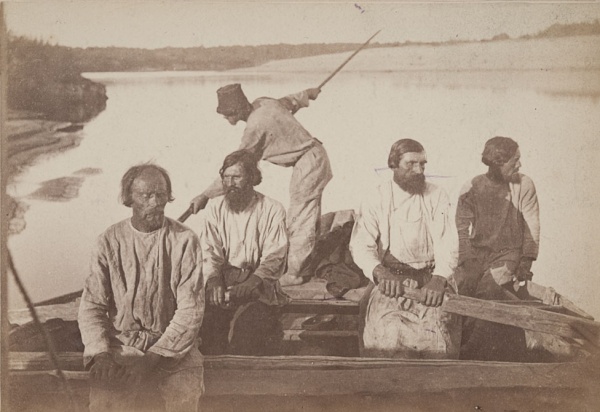 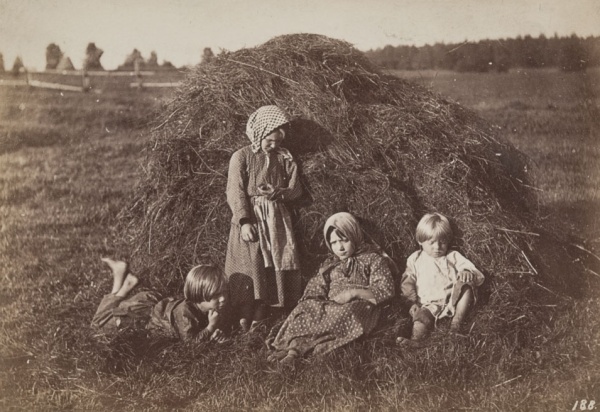 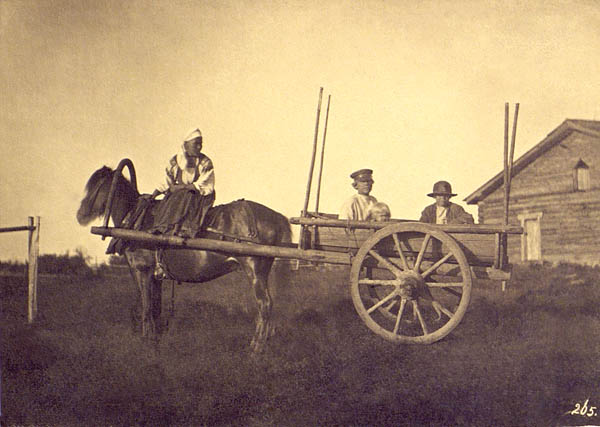 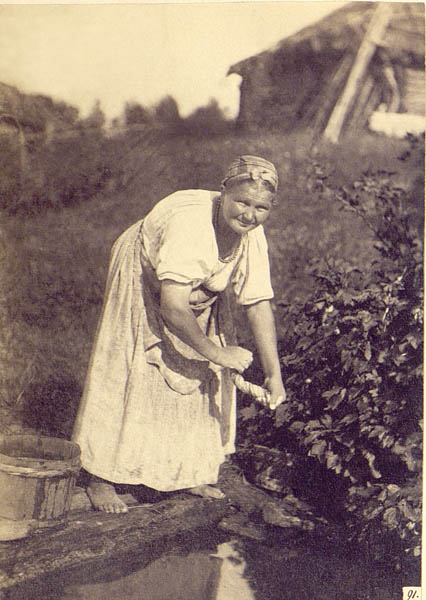 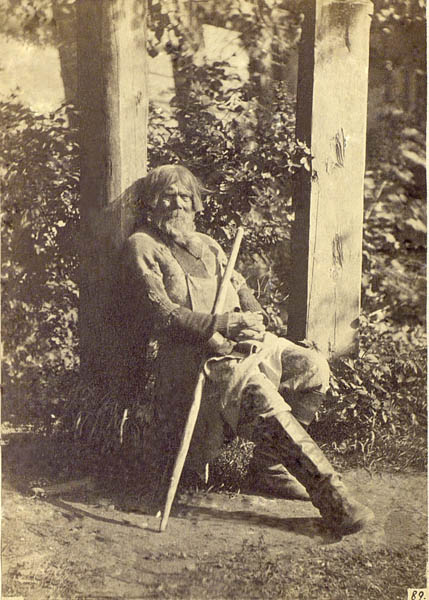 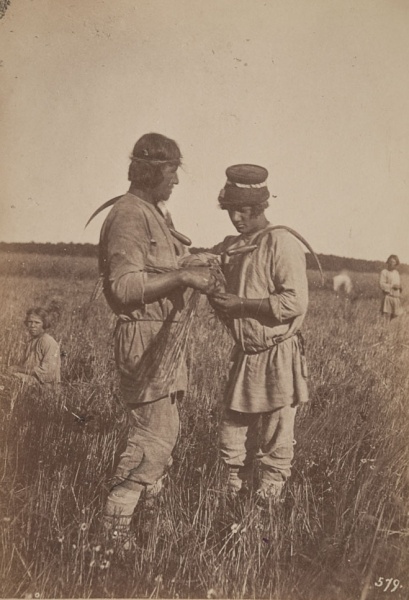 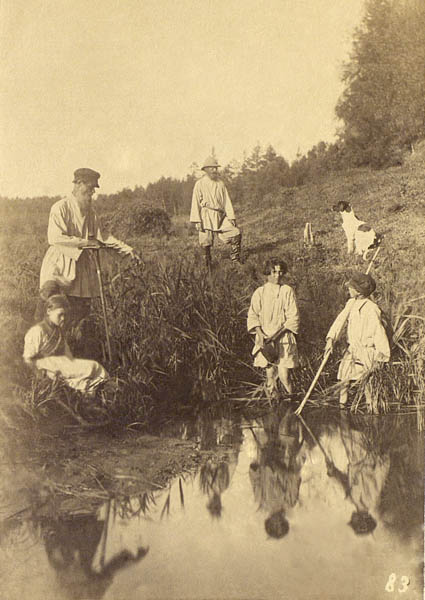 W. Carrick. Peasants by the lake. From the series “Russians of the Saint-Petersburg province”. 1860's ©MAE RAS 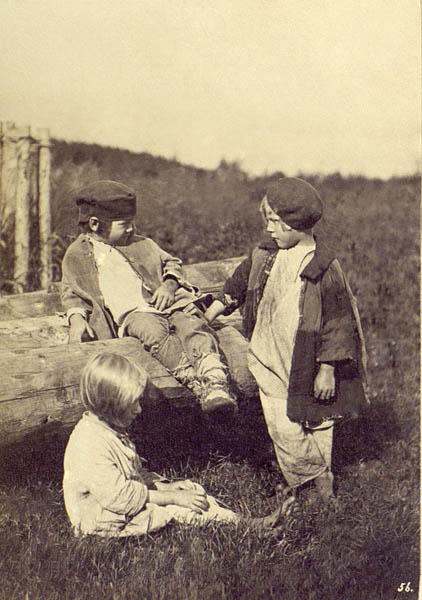 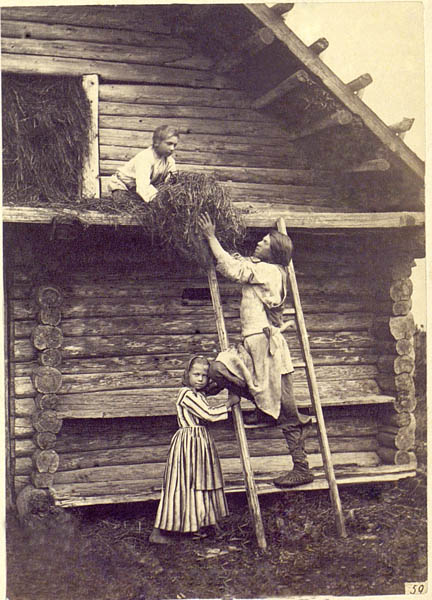 W. Carrick. The scene from the peasants’ life. From the series “Russians of the Saint-Petersburg province”. 1860's ©MAE RAS 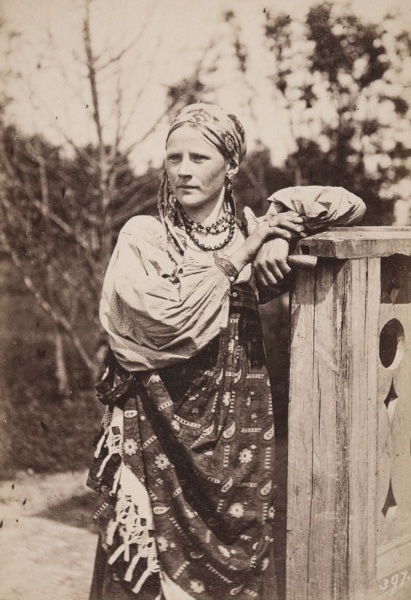 In 1853 Carrick graduated from the Imperial Academy of Arts and later left for Rome where he lived until 1856 studying watercolor painting. It was then when he took up photography that was rapidly coming into fashion. He became very passionate about it, seeing it as an “art of future”. He learned the technique of photography in Edinburgh, during a trip he made with his family in 1857.

In early 1859, William Carrick opened his photography studio in St.Petersburg, to work there with his friend and companion, John MacGregor, a Scotchman, too. The studio was first located in 19 Malaya Morskaya, later moved to 1/6 in the 5th line of Vassilievsky Island. It was in the 1860s that Carrick created his collection of St. Petersburg “street types”. Based on the old art tradition, this series was comprised of “carte-de-visite” studio portraits of chambermaids, coachmen, grinders et c. Carrick soon became one of the first photographers to move from studio work to location shooting, capturing live scenes in the streets of St. Petersburg and its suburbs, in the province of Novgorod and in Finland. His photographs of the life of common people, main concern of the Russian progressive society in the 1860s, were received by many as “serious help to painting”.

In 1869 Carrick’s Country Life series was well received at the anniversary exhibition at the Imperial Academy of Art.

In the 1870’s he traveled several times to the provinces of Yaroslavl’, Kostroma, Kazan and Simbirsk, where he made about 700 photographs in “cabinet portrait” format. Notable for their masterful composition and expression, Carrick’s photographs are closely associated with the Russian Realist painting, especially as the artists belonging to Itinerants movement used Carrick’s images in working on their paintings.