The Long Shadow of Chernobyl

Several series, dedicated to the nuclear power station, the town of Pripyat and its surroundings, local inhabitants and their children, who have suffered radiation exposure

Over 20 years, Gerd Ludwig has been reporting on the aftermath of the nuclear catastrophe in Chernobyl. He first photographed in the exclusion zone in 1993 for National Geographic Magazine and returned in 2005 for a cover story, bringing him deeper into the contaminated Reactor No. 4 than any western still photographer.

In 2011‒2014, thanks to successful crowdfunding campaigns, Ludwig returned to Chernobyl to continue his coverage as a personal project. Soon after, he began work on his retrospective book, published by Edition Lammerhuber. The introductory essay for this book was written by Mikhail Gorbachev.

Ludwig’s project is not mere documentation but rather a deep analysis of the aftermath of the nuclear catastrophe, still affecting the social, ecological, and physical well-being of people. The exhibition will present several series by Ludwig, dedicated to the nuclear power station, the town of Pripyat and its surroundings, local inhabitants and their children, who have suffered radiation exposure. The long shadow of Chernobyl is still being cast over human lives.

An excerpt from the book The Long Shadow of Chernobyl by Gerd Ludwig:

“An easing of the bureaucratic barriers helped me to venture deeper into the reactor than any western still photographer. After donning my protective gear, state-of-the-art Geiger counter, dosimeters and an extra layer of 3-4 mm thick plastic overalls, I followed a group of six workers into the belly of the beast. The workers, assigned to drill holes in the concrete to stabilize the roof, additionally wore gas masks and oxygen tanks. We had to move fast. The radiation levels in this area are so high that, despite our protective gear, access was limited to a maximum of 15 minutes per day.

It was the most challenging photographic situation I’ve ever encountered. The space was dark, loud, and claustrophobic; we rushed through dimly lit tunnels strewn with wires, pieces of shredded metal and other debris, and I struggled not to trip; while photographing I needed to dodge the spray of sparks from the drillers in highly contaminated concrete dust; and I knew that I had less than 15 minutes to capture arresting images of an environment that few have ever seen, and that I might never access again. The adrenaline surge was extraordinary. To exacerbate the situation, after little more than halfway through the allotted shift, our Geiger counters and dosimeters began beeping – an eerie concert reminding us that our time was up. Torn between my natural instincts to survive and my desire as a photographer to stay longer, it was challenging to stay focused and work efficiently and fast, but without haste.”

11 - The Long Shadow of Chernobyl 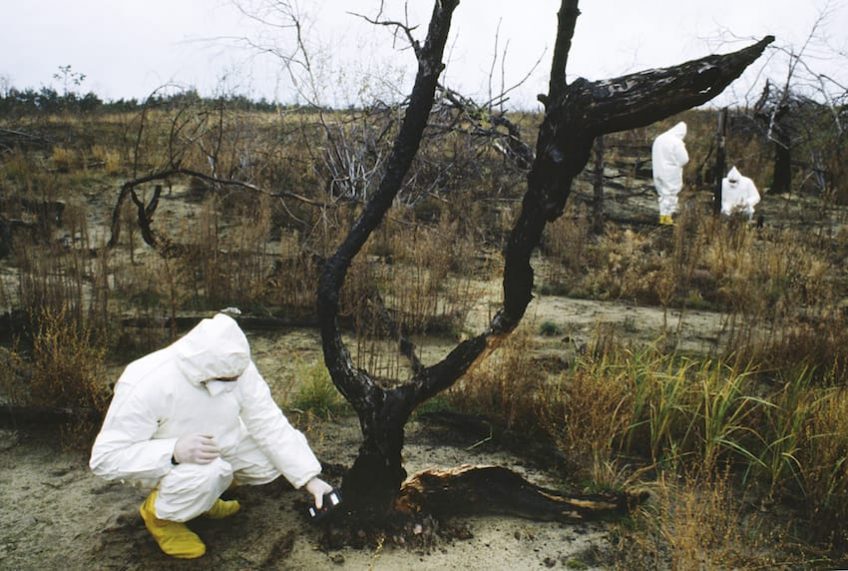 9 - - The Long Shadow of Chernobyl 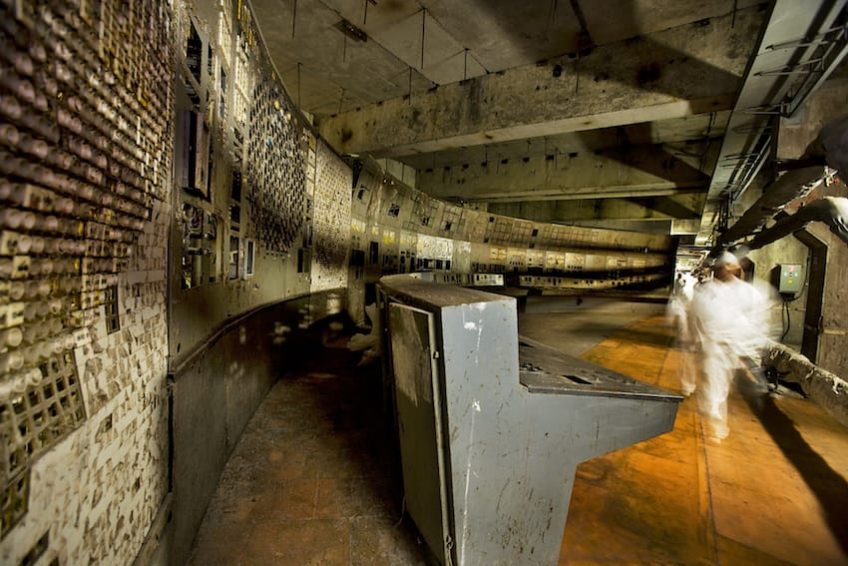 12 - The Long Shadow of Chernobyl

2 - The Long Shadow of Chernobyl 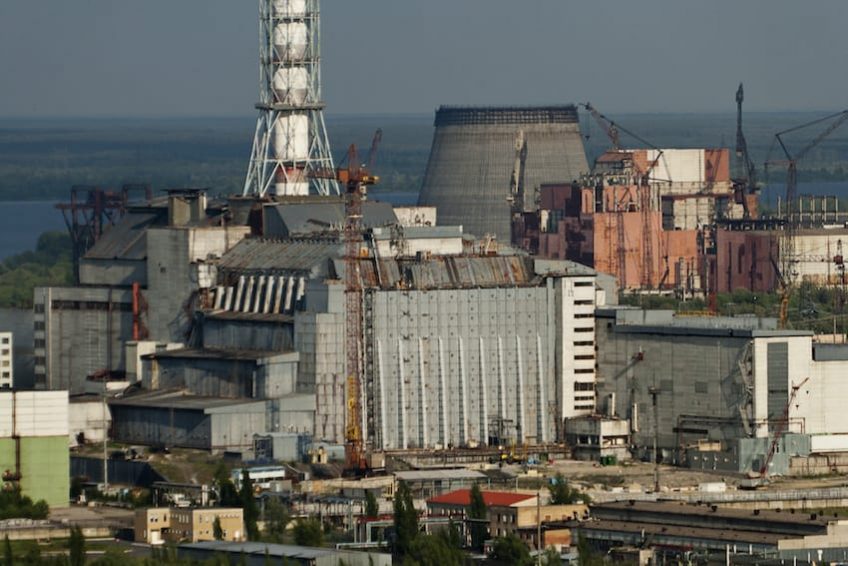 15 - The Long Shadow of Chernobyl 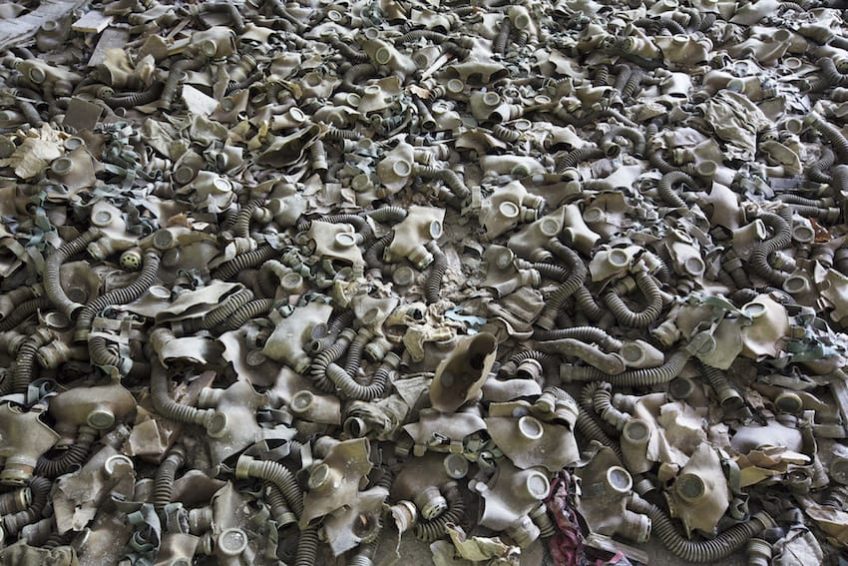 7 - The Long Shadow of Chernobyl

Gerd Ludwig was born in Alsfeld, Germany in 1947. Initially, he studied German literature, political science and physical education at the University of Marburg, but interrupted his studies to travel in Scandinavia and North America while supporting himself with jobs as a bricklayer, sailor, gardener and dishwasher. Upon his return to Germany, he studied photography with Professor Otto Steinert at the Folkwangschule in Essen (now Folkwang University of the Arts), graduating in 1972. The following year, he co-founded VISUM, Germany’s first photographer-owned photo agency, and began working for Geo, Stern, Spiegel, Zeit-Magazin, Time and Life, making his name through portraying renowned artists, such as Joseph Beuys and Hundertwasser.

In 1984, Ludwig relocated to New York and continued to photograph for major international publications. In the early 1990s, he signed on as a contract photographer for National Geographic Magazine, focusing on environmental issues and the social changes in the former Soviet Union. This work resulted in the publication of his book, Broken Empire: After the Fall of the USSR, a ten-year retrospective published by National Geographic in 2001. His ongoing coverage of post-Soviet Russia has garnered his distinction as being the foremost Western photographer documenting the region.

Gerd Ludwig’s engaged reporting on the aftermath of the nuclear catastrophe in Chernobyl is considered a milestone in modern photojournalism. He first photographed Chernobyl in 1993 for National Geographic Magazine and returned again in 2005 for a cover story, bringing him deeper into the contaminated Reactor No. 4 than any western still photographer. In 2011, on the eve of the 25th Anniversary of the disaster, and again in 2014 Ludwig launched Kickstarter crowdfunding campaigns to return to Chernobyl to continue his coverage as a personal project and soon after, began work on his 20-year retrospective book, published by Edition Lammerhuber. The Long Shadow of Chernobyl is a large format photo book with an essay by Mikhail Gorbachev, combining images from his 20-year-long coverage of the aftermath of the world’s worst nuclear disaster.

Ludwig’s work beautifully captures all the complexities life has to offer. Whether it is the sweetness of a hug and kiss, or the poignancy of children born with serious birth defects, his photography resonates with a full scale of emotion. By combining strong composition, socioeconomic content and a journalistic style, Ludwig creates images that broaden the mind and touch the soul.

While Ludwig continues to work for National Geographic Magazine, his focus is now mainly on personal projects. He exhibits in museums, galleries and festivals such as the Perpignan Visa pour L’Image and the Natural History Museum in Vienna, Austria, lectures at universities and conducts workshops internationally. Ludwig is a veteran of the renowned A Day in the Life book series, and is the recipient of the 2006 Lucie Award for International Photographer of the Year, the 2014 German Society for Photography (DGPh)’s prestigious Dr. Erich-Salomon Award, and the 2015 Missouri Honor Medal for Distinguished Service in Journalism. In 2016, dpunkt Verlag published his technical book, Minus 2/3 (followed by American, Italian and Chinese editions) and in the same year, Edition Lammerhuber released his monograph Sleeping Cars. Gerd Ludwig lives and works in Los Angeles.