The State Museum and Exhibition Center ROSPHOTO presents an exhibition dedicated to Tina Modotti— one of the most fascinating unknown photographers of the XX century, actress, model, activist and revolutionary

The State Museum and Exhibition Center ROSPHOTO in cooperation with the Italian Institute of Culture in St. Petersburg, the Russian State Archive of Social and Political History and Reinhard Schultz’s Galerie Bilderwelt presents an exhibition dedicated to Tina Modotti (1896, Udine — 1942, Mexico City) — one of the most fascinating unknown photographers of the XX century, actress, model, activist and revolutionary.

In 1999, the first Russian exhibition of Modotti’s photographs was held in Moscow. Now Saint Petersburg audience will have a chance to see her iconic works of different years: from the famous photos of the Mexican revolutionary movement and the Women of Tehuantepec series to lesser-known portraits, photographs of plants, murals, and Lou Bunin’s puppets. The exhibition will feature 70 works by Modotti and several works by her mentor and lover Edward Weston from the Reinhard Schultz collection. A significant section will comprise photographs and documents from the Russian State Archive of Social and Political History revealing Modotti’s activities in Moscow and her contacts with Soviet cultural and political figures, such as A. Kollontai, V. Mayakovsky, S. Eisenstein, E. Stasova and others. Many details of her life are still classified.

Modotti’s work, once forgotten, has been attracting the attention of researchers, collectors, and writers, who contributed to the mystification of her image, since the end of the last century. They were attracted by the intensity of her life, in which art, love, and revolution converged fatally.

Tina spent her childhood years in Italy and Austria. At the age of 16, she followed her father to America, where she worked in a factory, got married, and played in a few films. But it was with her move to Mexico that her photographic career began. Modotti is known primarily as a Mexican photographer. According to her words, she discovered her true self in Mexico, where her political and aesthetic ideals found balance and realization. As if to prove the point, she quit photography after she had been deported from Mexico on the pretext of a fabricated assassination attempt on Mexican President Ortiz Rubio.

The exile was followed by her active political life in Moscow, secret party missions in Europe, political work in Paris, risky and reckless aid to the Republicans in the Spanish Civil War as a nurse, journalist and Soviet referent, and a tragic return to Mexico.

Modotti was often seen through the prism of gender, represented in a passive role as a muse, model, femme fatale, assistant and associate of her more famous lovers: American poet and artist Robo de Richey, classic of American modernism, photographer Edward Weston, Mexican muralists Diego Rivera and Javier Guerrero, founder of the Communist Party of Cuba, Julio Antonio Mella, and commander of the Fifth Regiment in Spain, Vittorio Vidali.

In line with feminist studies, her work took its independent place in history, thanks to the consistent efforts of the curators of major Modotti exhibitions across the globe from the 1980s on. In the turbulent post-revolutionary 1920s in Mexico, Tina was the only woman in the patriarchal world of artists and revolutionaries. She won their recognition and respect and set an example for many young female artists. Frida Khalo and Lola Alvarez Bravo were the closest ones among them.

During her short seven-year career, Modotti managed to achieve a high level of skill combined with socially relevant content and modernist aesthetics. She has mastered a new type of photography, a new vision, exploring the possibilities of tonal contrasts, extraordinary angles, modern geometry, and double exposure. Her photographs convey the feeling of a new time, rapidly changing life of the roaring 20th century with its industrialization. But unlike her mentor Edward Weston, for whom the essence of photography was all about the beauty of form, Tina focused on ordinary people, revealing the beauty and power of their labour, turning the ordinary into symbolic, material into the intangible. She was one of the first to portray the members of a matriarchal society, a unique enclave in Tehuantepec, Mexico, who inspired Frida’s choice of dresses. Her photographs of Mexican peasants and Aztec madonnas have graced the covers of many international magazines.

The exhibit project includes a feature documentary TINA IN MEXICO.

Film employs a unique weave of archival footage, the luminous photographs of Tina Modotti and Edward Weston, the murals of Diego Rivera and lyrical re-enactments to conjure up the political, artistic and intimate spaces of their lives in Mexico during the 1920s. Drawing on Edward Weston’s daybooks, the collected letters of Tina Modotti and imaginative recreations, TINA IN MEXICO is told through the voices of Tina, Edward and their contemporaries.

The exhibition is held as part of the Fourth International “Russia and Ibero-America in a Globalizing World: History and Modernity” Forum with the support of St. Petersburg State University and the Institute of Latin America of the Russian Academy of Sciences. 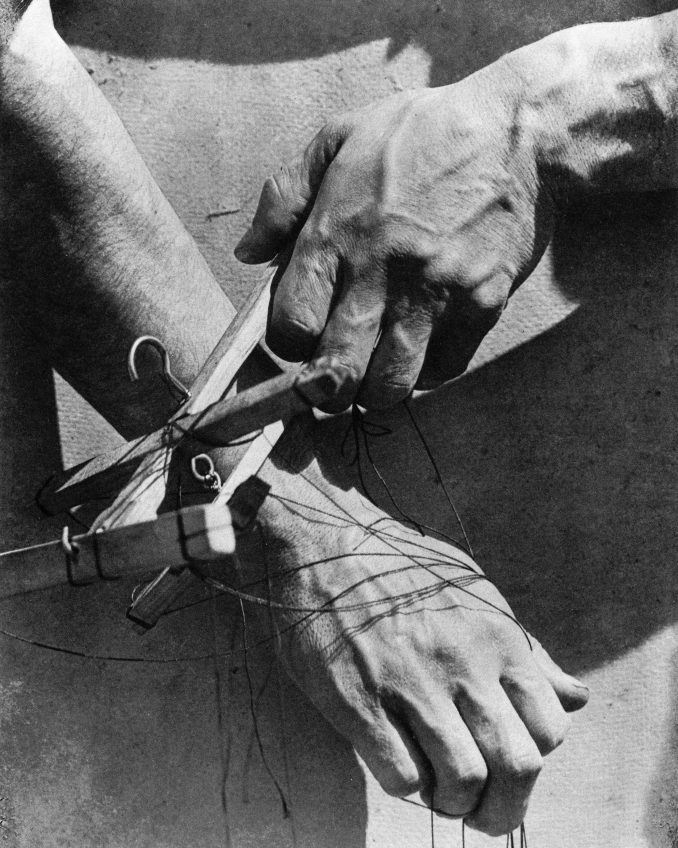 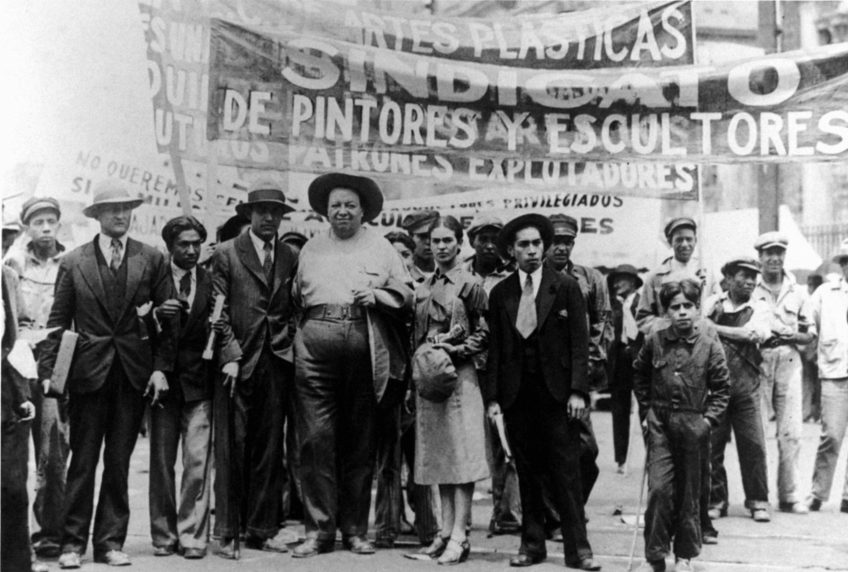 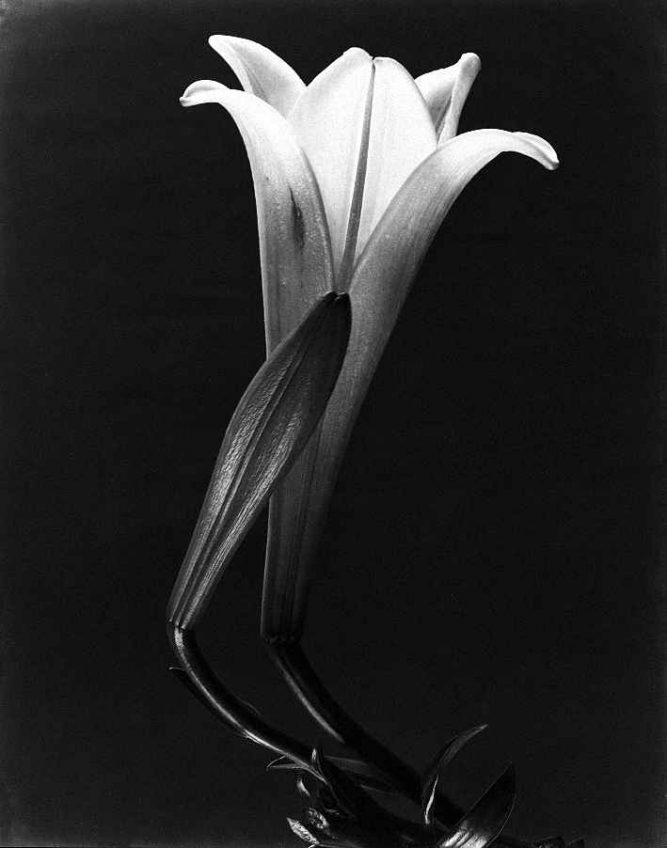 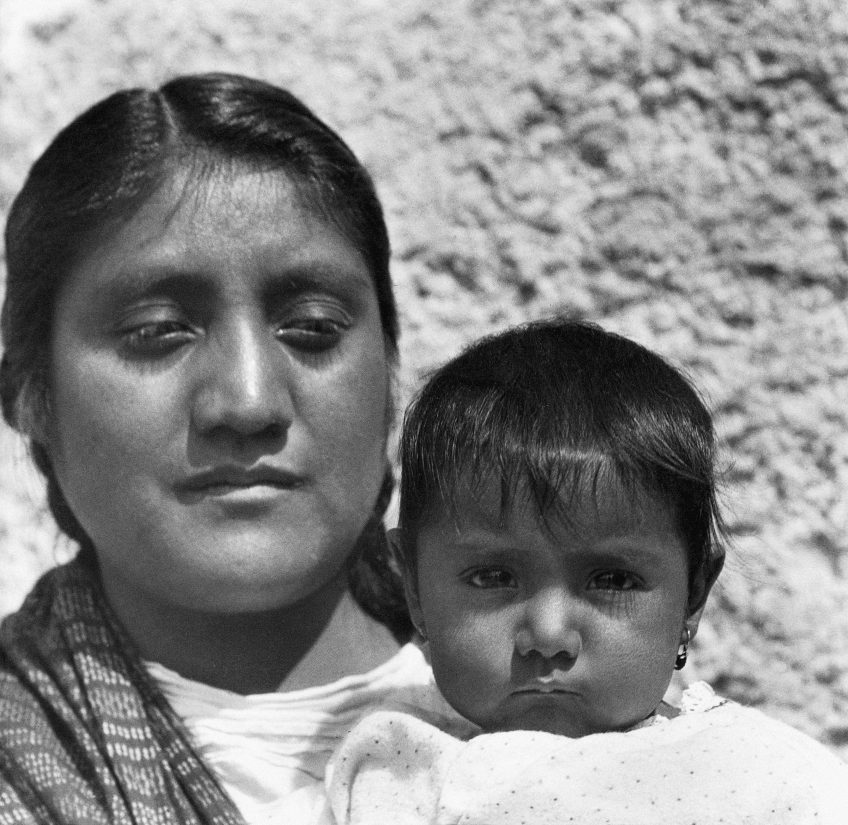 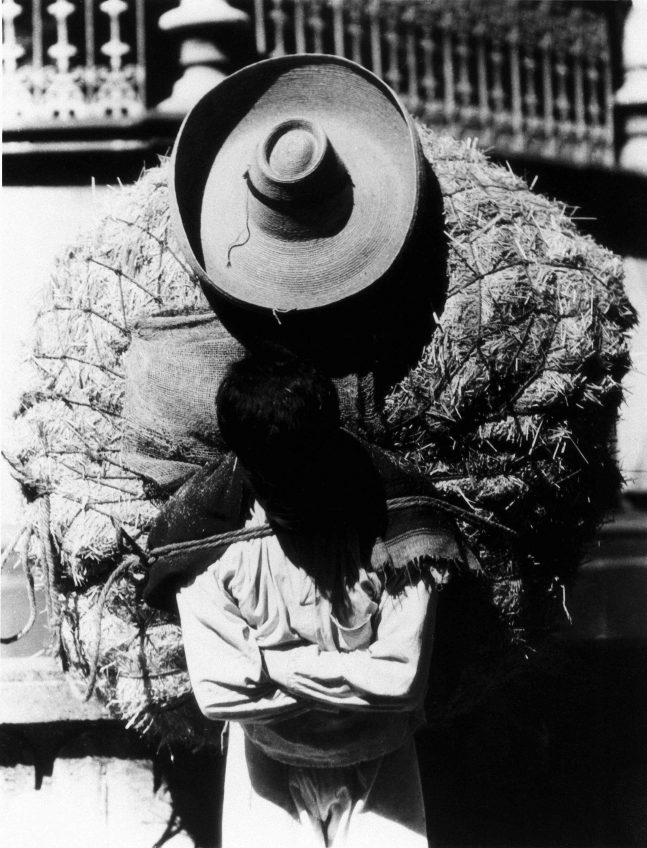 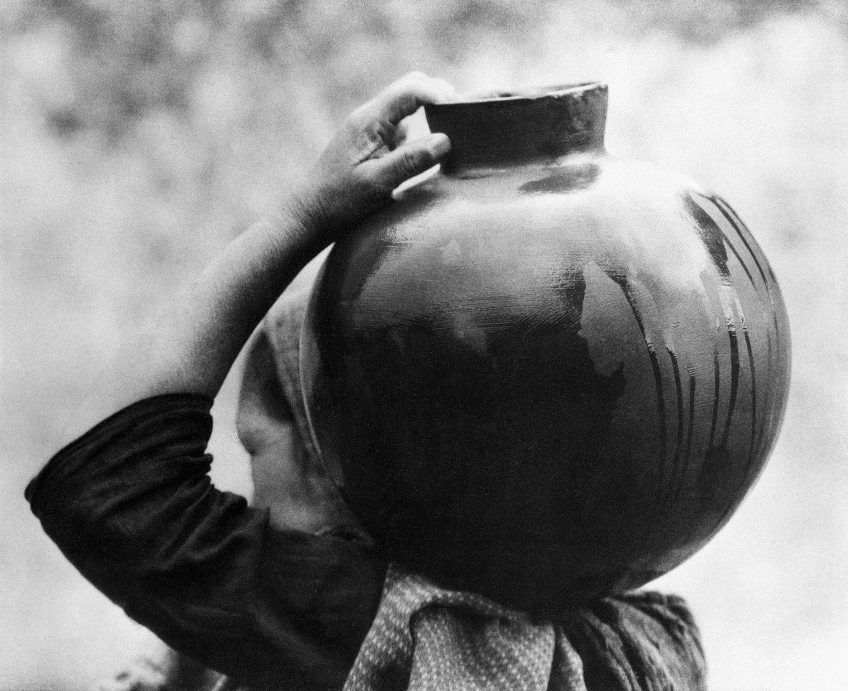 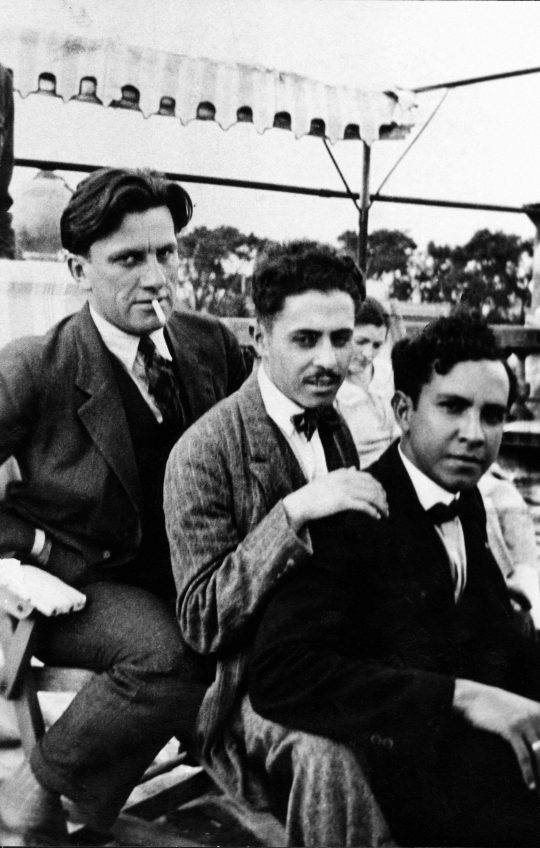 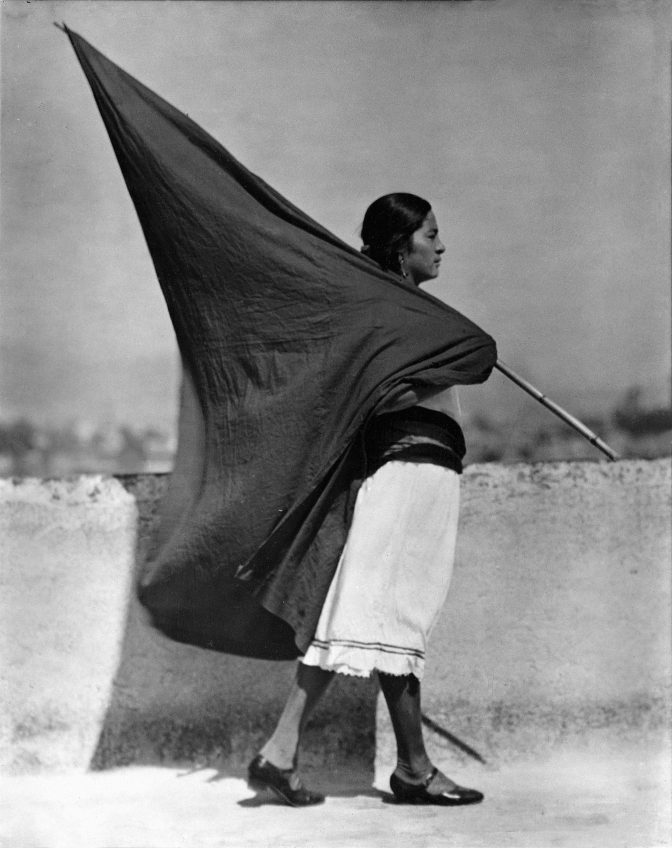 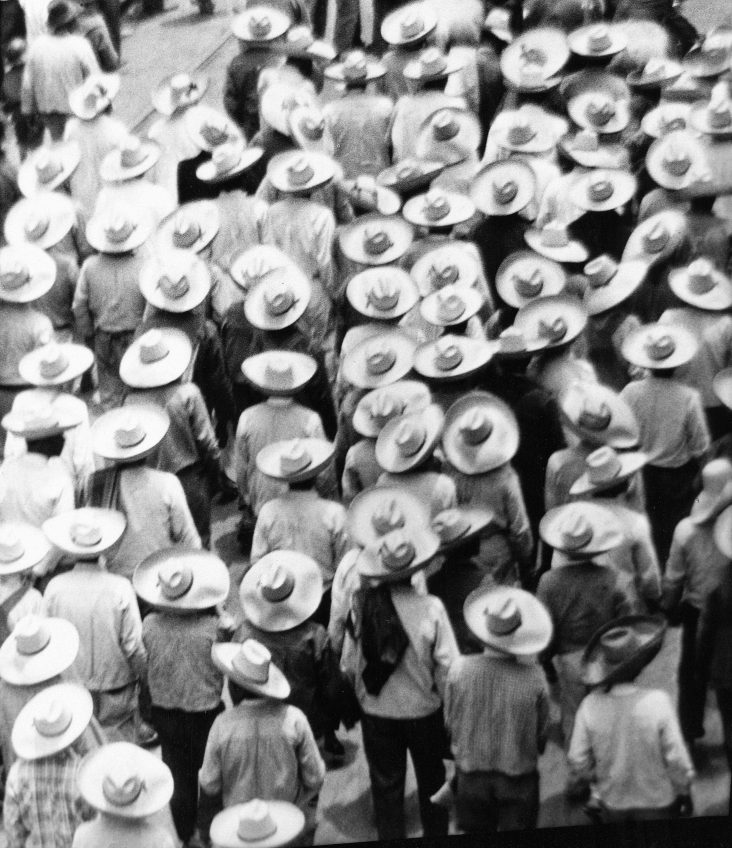 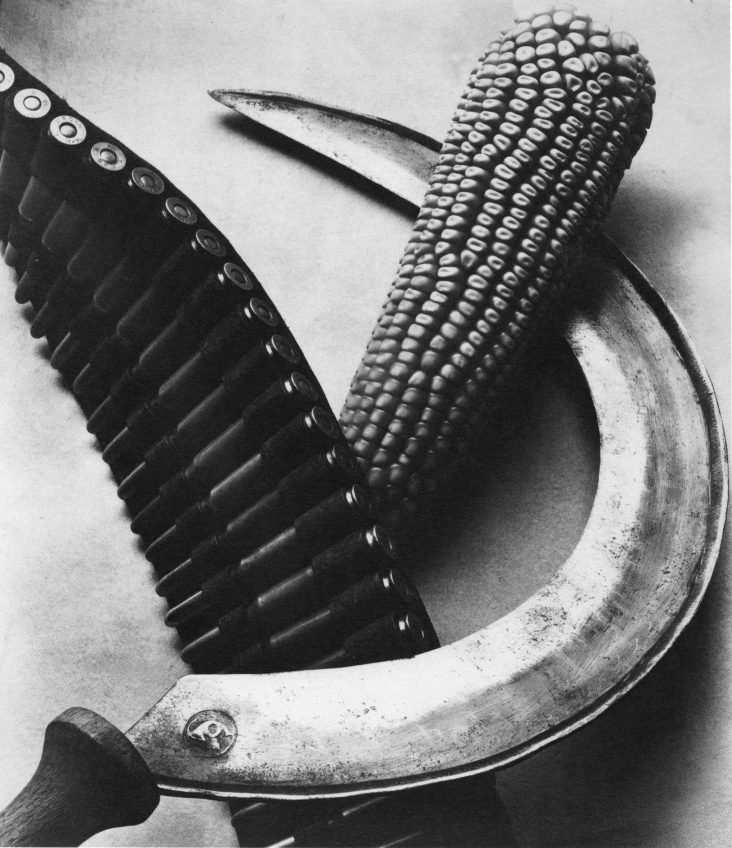