This exhibition (curator: Wulf Herzogenrath) shows photographic works by men and women artists who, for many years now, have seen photography as the central medium of their artistic search, and used it parallel to other forms of art like painting, graphic design and performance.

The exhibition includes eight groups of works – each representing a small retrospective. The different ways of dealing with the medium, photography, are demonstrated here in a very revealing manner. Changing formats, experiments with chemical processes, combinations and serialization of motives, references to amateur, journalistic and commercial photography are used to create novel picture compositions. This is made possible by photographic technology, the conceptual impetus of which is notably different from the daily floods of images by the mass media.

I won't take the risk of defining what art using photographs is and if there's fundamental difference between the creative process of artists working with photo images and photographers. It is even more complicated when speaking of the modern epoch with its computer technologies and digital photographs. At the presentation of the German project "FotoKunst" a paradoxical quote from Moscow conceptual artist Yuri Albert, who is living in Cologne, seems to be more appropriate: "Art is not to be looked at, it is to be meditated upon". "FotoKunst" exhibition is a project, which is to make the viewer explore and meditate upon the possible influence of photography's "dialect" on the personal language of an artist. While some idioms may be enriched with a couple of words, others may completely change their "vocabulary".

This relatively small exhibition consisting of 41 works by eight German artists, that are significant for the modern art, isn't a retrospective or an overview of the art photography in Germany. It shows the way that artists choose to overcome "contradiction" between plastic arts and photography. A viewer from St.Petersburg may note the names of Sigmar Polke and Jurgen Klauke. Their personal exhibitions were presented at the Russian Museum in 1997 and 2001 respectively. Polke, exquisite and ironic inventor, drew much attention with his anti-consumeristic aphorisms, which accompanied paintings, but didn't seem to be directly connected with the images: "Oversalted food may be fixed if you put a newspaper sheet under the carpet". Klauke remained in our memory with his narcissistic ability to engage in his photo sessions nobody but himself.

But to me the photographs by Klaus Rinke seem to be the departure point of the "FotoKunst" exhibition (though I don't insist on it). He is famous for his performances using water. Some of them were held just to become works of art photography. One of them is named "250 litres of water to overturn", which is a metaphor of shapeless liquid transforming into virtual sculpture. Another interesting performance is that with eighty 220-litre barrels placed between railway lines on the main railway station of Hamburg. Rinke's prime interest is how the barrel water becomes a water column of about a kilometre length, transforming into a sign of time and space. This art action was held in Hamburg as a rehearsal for the 38th Venice Biennale in 1978. But it wasn't approved. It's widely known, that Venetian authorities are quite reluctant when it comes to intrusion into urban space, even if it's temporary. Rinke in his turn wouldn't consent to any art compromise, so this project was left only on the photo paper.

A series of photographs by Jurgen Klauke named "Encounter" may be interpreted as a duel between body and soul, when the ever doubting soul end up being won over by the deft body. Klauke chronicles it without direct references to the characters and time of performance. However, he changes this approach in another series named "Disappearing motif", where an antique Venus statue is replaced by a man wearing black hat. There's no doubt that this man, despite being photographed from behind, is Klauke himself.

Sigmar Polke applied "capitalistic realism" style to the photography when creating the "Marie's" series. A simple, probably, amateur landscape, that pictures a mountain lake and a church in the foreground is gradually shading and shows us only two straggled fir trees. One may easily step with his fashionable shoe on such work, for it has completely lost its value.

Those whose main interest is a human being, homo sapiens, may take notice of the series of photographs by Dieter Appelt named "Remembrance path", where an anthropological game with a skull is open to endless interpretations. Meanwhile, Thomas Florschuetz focuses on the ways to feel and understand the architecture of the human body.

A forest praised and poetized by the XIXth century German romanticists for a modern man still may be a place that harmonizes him and connects him with history and nature. Meanwhile, it becomes a place of a dangerous adventure for a woman that has to hang on a thin perch.

Astrid Klein brings us back to the modern city, where there are more barriers to overcome than in the deepest forest (series "Across the borders") just to finally face massive attack of kitsch advertisement in the series "Fine arts". Just as "FotoKunst" exhibition curator and author of the introductory article for the catalogue Wulf Herzogenrath did, I shall quote a renowned German artist Martin Kippenberger: "The medium of photography is entitled to provoke ideas". 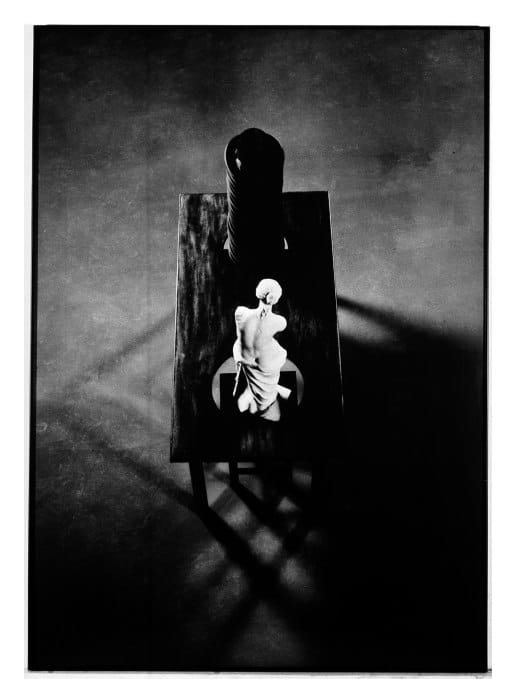 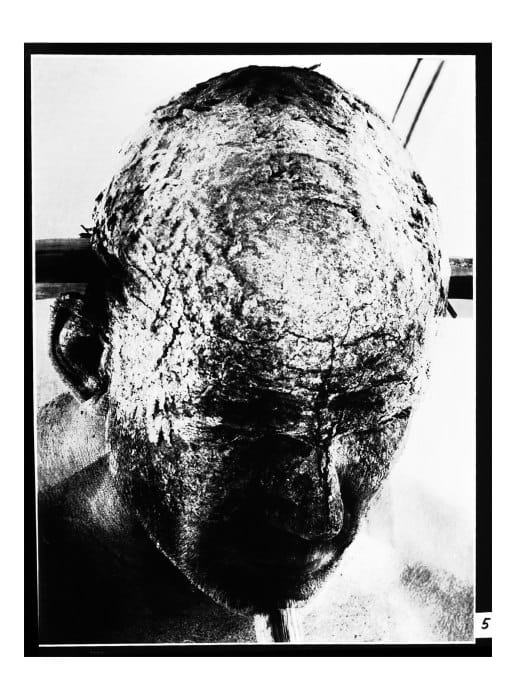 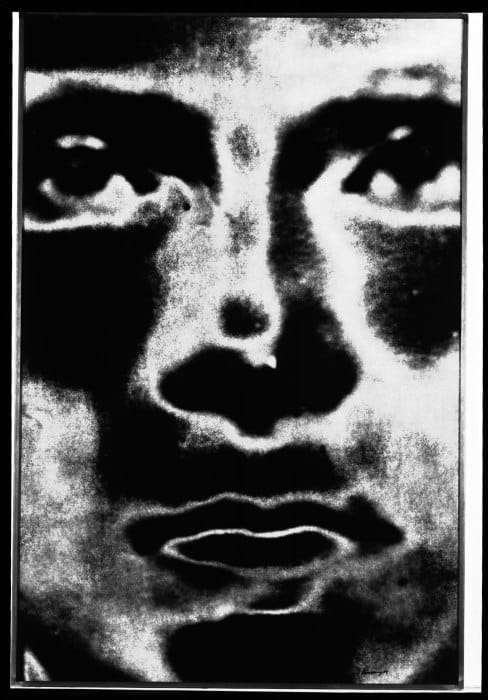