The first photographers of the Northern Capital of Russia, the busy life of the numerous photo studios on Bolshaya Morskaya Street, and early stereophotographs offering stunning urban views

Saint Petersburg is a magnificent city, praised by artists and poets, a landmark, a life-changing place. For more than a century and a half, photography has maintained a dialogue with the city, revealing new facets of its image, hidden from the naked eye of the passerby, telling the Big Story, or merely capturing the daily street life.

In the early 1840s, Saint Petersburg became the photographic capital of Russia, bringing together photographers from all over Europe, both acclaimed and successful, as well as beginners, and welcoming local masters to open their studios.

The exhibition “St. Petersburg in 19th Century Photography” brings into the spotlight the works by local photographers: Alfred Lorens, Albert Felisch, and Karl Bulla — the creators of iconic views of Saint Petersburg. Despite many technical difficulties and imperfections of the newly developed art technology, they left behind a legacy of emblematic photographic images of our city. In addition to them, the exhibition includes photographs from the albums held in the collection of ROSPHOTO, including the recently attributed album by the De Jongh brothers, French photographers, whose work in the Northern Capital has been little known to researchers until recently.

Early landmark photography attracts both specialists, such as historians, ethnographers, art historians, and archivists, who regard it as a visual source or an independent object of research, and amateurs, who highly appreciate the aesthetic properties of these photographs. And while some people explore the way the author managed to capture clouds in the sky, while being so limited in technical capabilities, or to avoid defects associated with shooting moving objects, others investigate at which point the house, partly seen in the background, was constructed, and when street lamps were installed around a monument, or roadway paved.

The project “St. Petersburg in 19th Century Photography,” dedicated to the 180th anniversary of photography, consists of an exhibition with a multimedia part and a program of lectures.

Interactive installations will allow viewers to visit the “inside” of an old camera and even create a studio portrait, visually conveying the features of various early printing techniques; travel to the most popular locations for landmark photography; take a look at stereo photographs through a high-quality electronic stereoscope and a modern version of the old apparatus; embark on a virtual tour of the photo studios operating on Bolshaya Morskaya Street in the late 19th century.

The exhibition includes original photographic prints held in ROSPHOTO’s collection, while those that cannot be put on display have been digitally reproduced. Digital technologies allow browsing through an old photo album and examining enlarged old photographs. 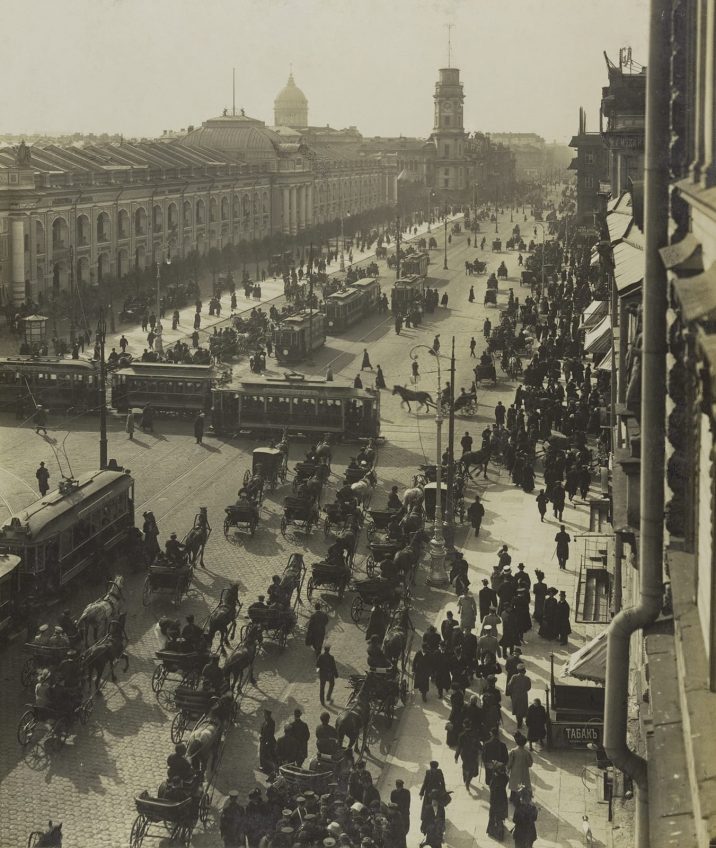 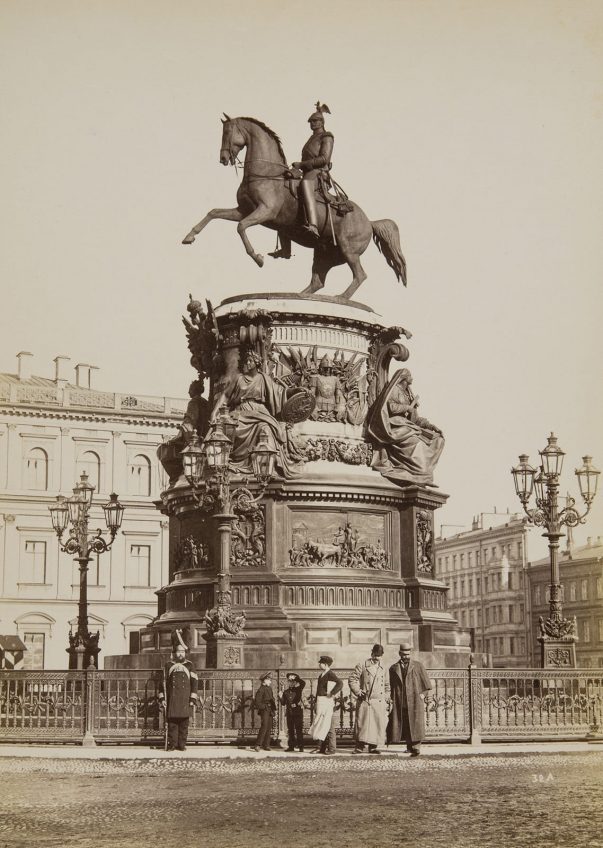 Monument to Nicholas I
Photography De Jongh frères, published by A. Felten
1880–90s 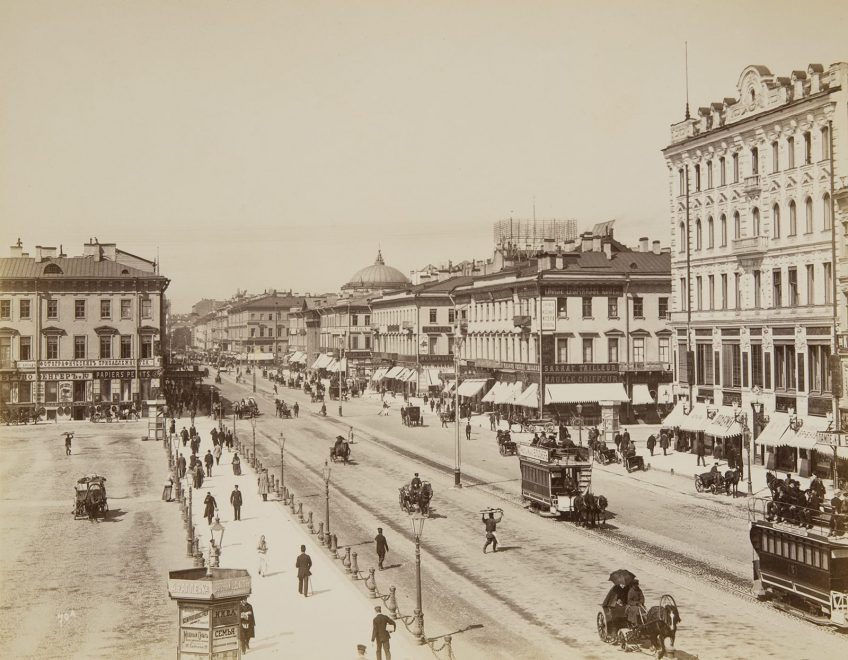 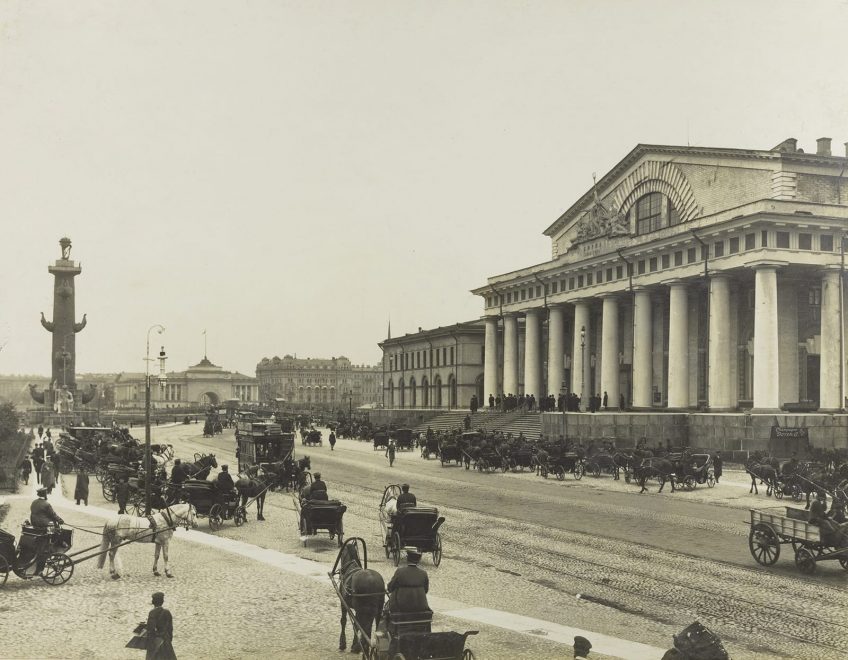 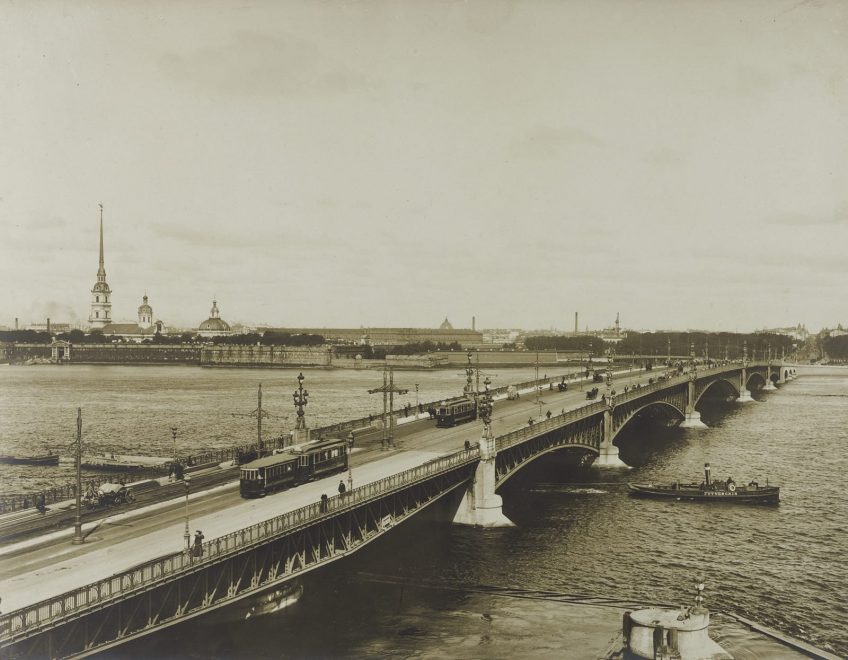 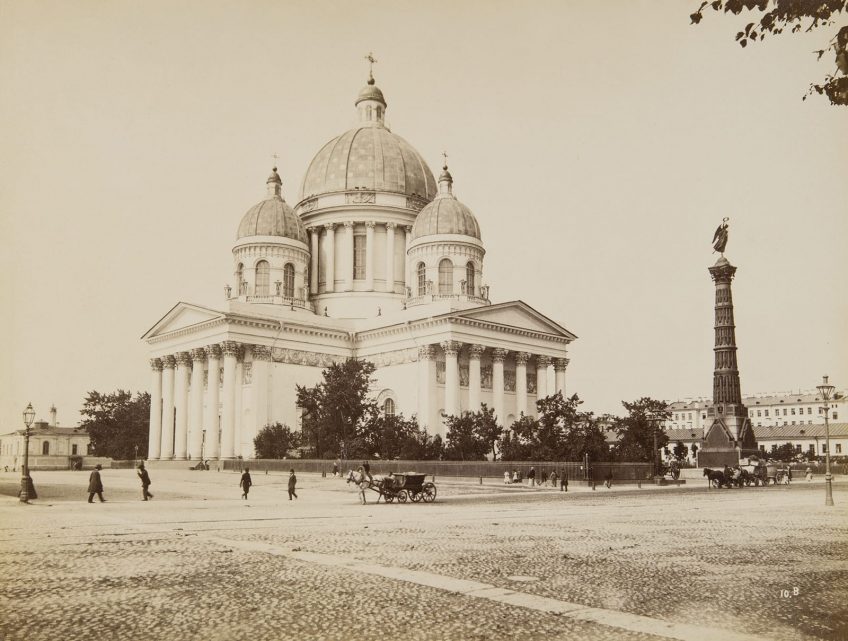 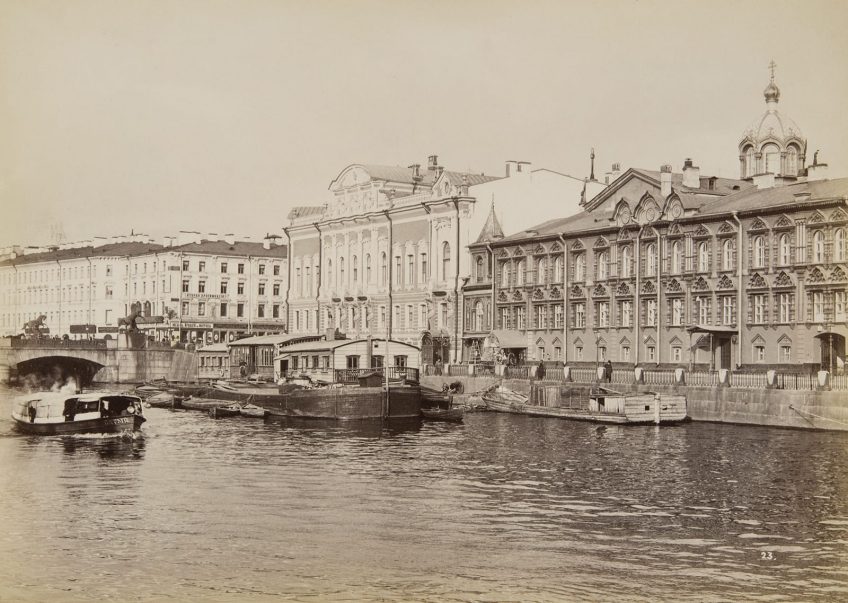 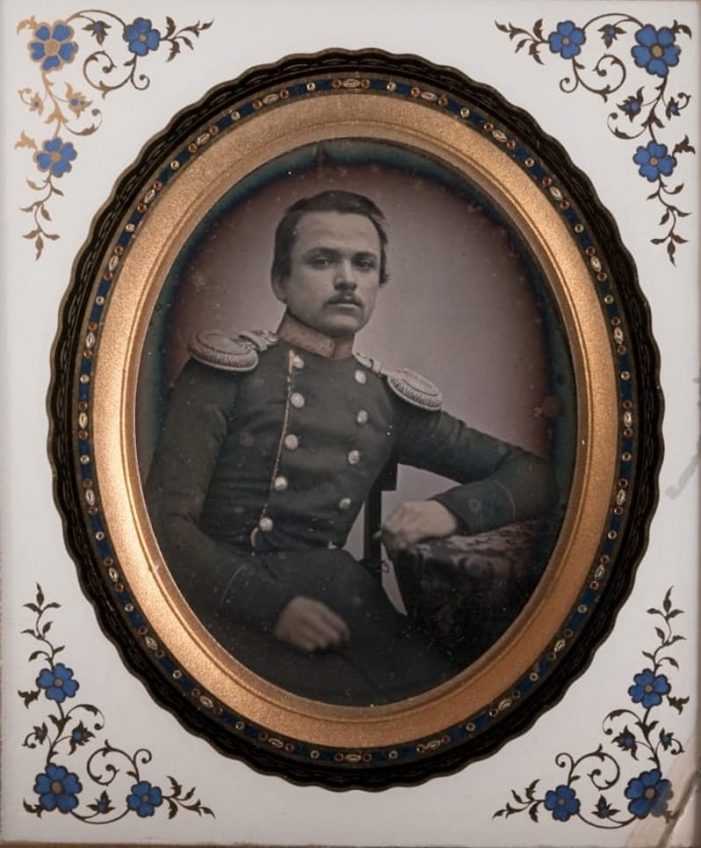 The trace of St. Petersburg in photographs from Moscow private collections. 1839–1917 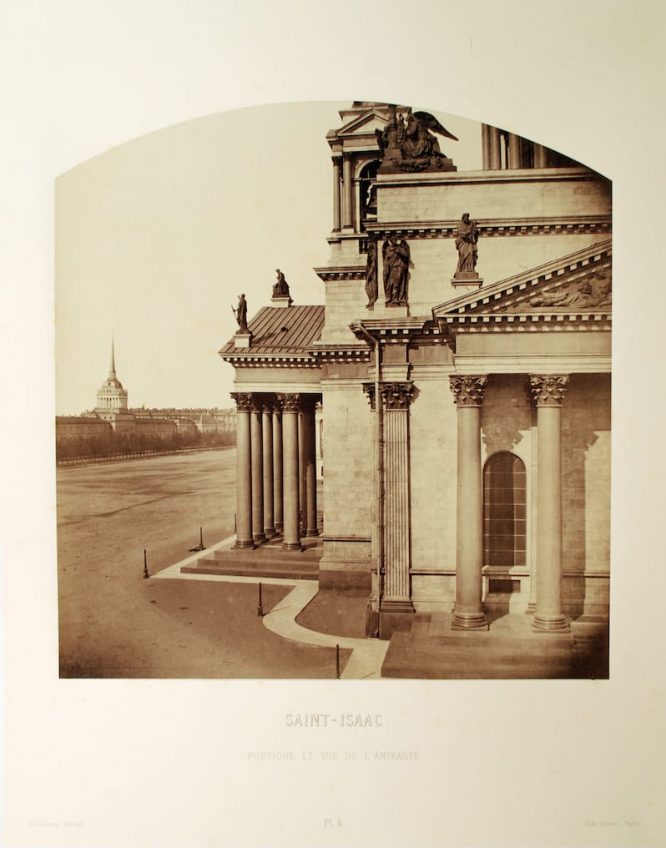 More than 150 vintage photographic views of St.-Petersburg of the middle of 19th - beginning 20th centuries from the Russian National Library, State Museum of History of St.-Petersburg, Institute of Material Culture History of Russian Academy of Sciences, and the ROSPHOTO collection 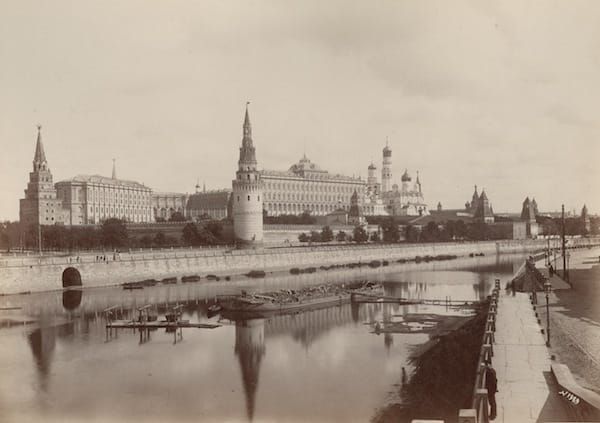 Photographs of the turn of the XX century 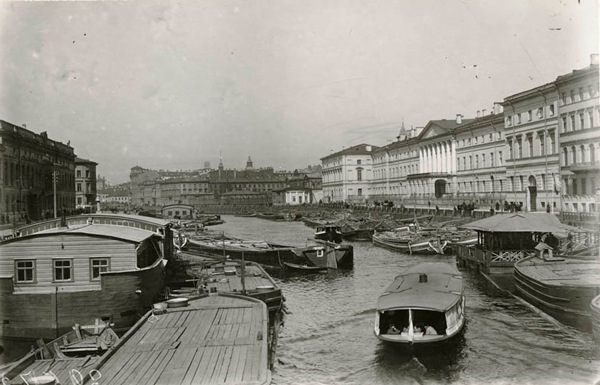 City on the Water

Photographs of the turn of the XX century from St. Petersburg archives