The 100th Anniversary of World War I is to be marked in 2014. That global war was one of the deadliest conflicts in history, which shook humanity to its core and paved the way for major political changes and tragic events of the 20th century.

ROSPHOTO presents a unique exhibition project On Both Sides, which gives an opportunity to look at the events of WWI from a point of view of two participants of the conflict – a Russian and German gunner officers. The display features the rare and unique photographs from wartime photo albums from ROSPHOTO’s collection.

Alas, World War I is not a well-explored theme for the Russians, we know little about its heroes and military operations. No sooner had the war finished than the Revolution and the Civil War broke out. The First World War I was treated as an imperialistic conflict by the Soviet power and thus, they did their best to wipe it from memory: no books were written, no films were made to pay tribute to fallen heroes and victims of war. All that remained were archival documents and photographs.

The exhibition On Both Sides not only reconstructs the dramatic events of WWI, but also makes the viewers feel spiritual connection with Russia that we have lost.

The guests to the display will see the amateur photographs from the album of Platon Alekseyev (1882–1952), a staff captain of the 1st Life Guard Artillery Brigade, covering his life on the frontline from the first days of war to the February revolution of 1917.

The featured album represents a record of all events that Platon Alekseyev witnessed during wartime: combat actions and redeployments, the killed and wounded, prisoners of war, burials of comrades-in-arms, decoration ceremonies and prayer services, holidays and everyday life of soldiers and officers, battlefield brotherhood.

The second part of the exhibition is dedicated to the photo album depicting the life of the officers of the German Army. Those pictures were taken from “the other side of the frontline” by Karl Johannes Konrad Strauss, a lieutenant of the 2nd Bavarian Regiment of Field Artillery.

One can see both albums in digital form at the exhibition. Besides, we have prepared a special project “On the Eve of…,” covering the life of the Russian Empire in 1913 on the eve of WWI. 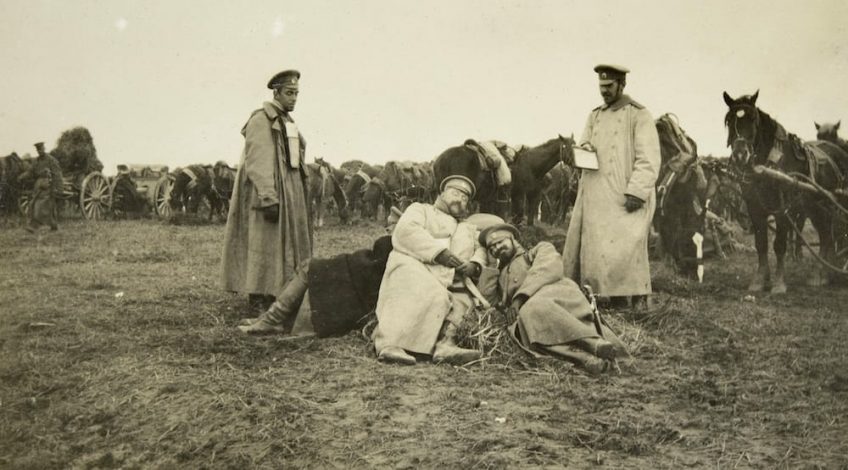 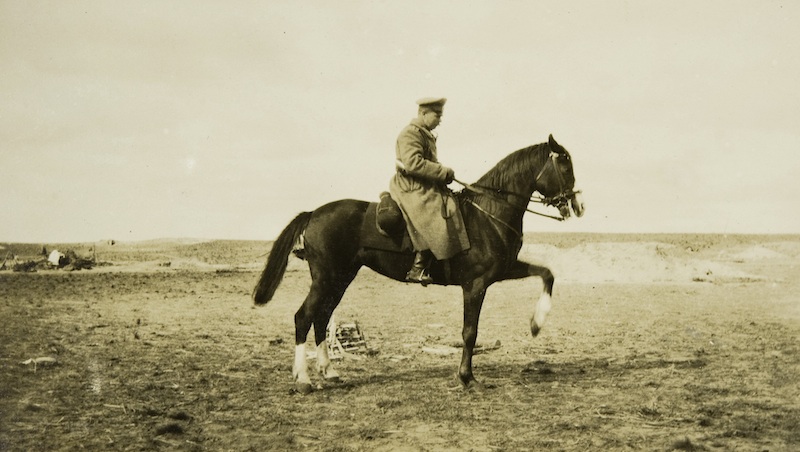 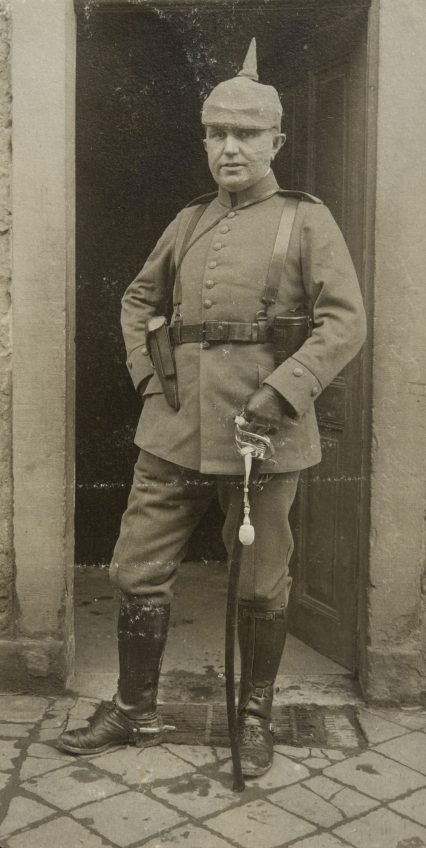 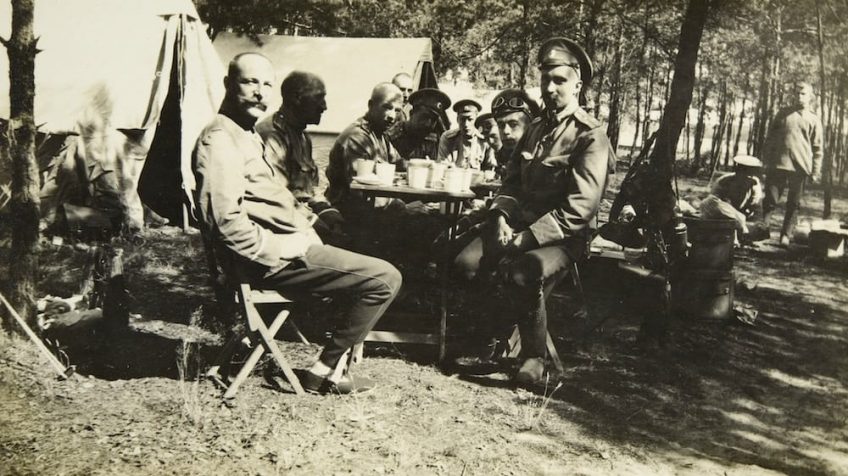 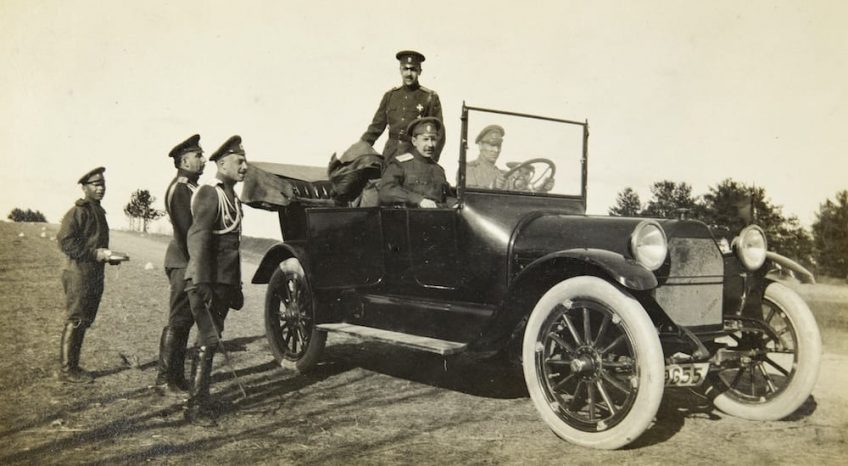 Officers in a Staff Car
Photo by the staff captain P. N. Alekseyev